Today, the world is passing through an unprecedented crisis, nick-named, Covid-19. Some have compared the gravity of the present upheaval with the disastrous impact of Great Depression of 1929-33, in terms of job losses, drastic fall in production & consumption and in the standard of living of millions of people around the globe. People also lost confidence in the capabilities of market-driven institutions in pulling out the economy and society from a hopeless situation. 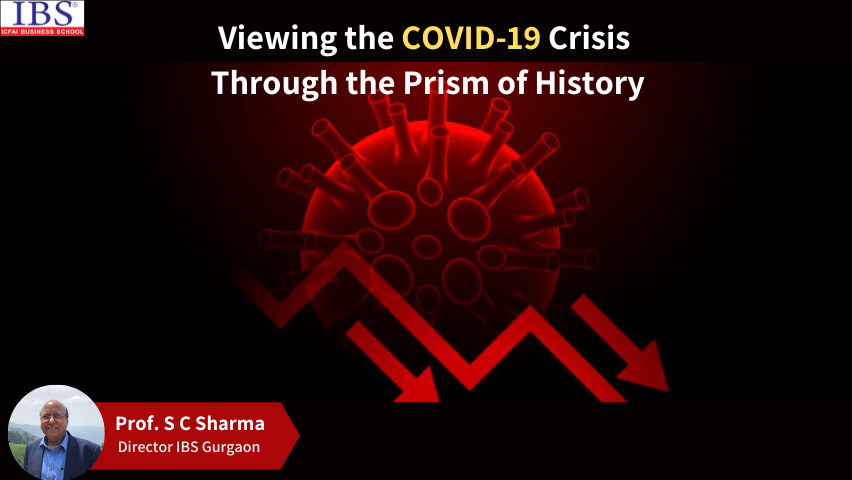 These kinds of major developments and circumstances gave birth to a new subject called Keynesian Economics or Macro Economics, which is taught and debated at all levels in business schools, University colleges, and centers of excellence; starting from the secondary school stage to most advanced teaching-learning discourses and even reflected in the highest order of research studies. The impact of Keynesian economics went beyond economics and virtually no subject in social sciences remained untouched.

The basic premise and rationale of Macro Economics (Keynesian Economics) was presented through the existence of macroeconomic paradoxes. A paradox in economics is the situation where the variables fail to follow the generally laid principles & assumptions of the theory and behave in the opposite fashion. For example, saving is a private virtue but a social vice because if every individual endeavors to maximize savings, it would severely affect the growth rate of the country and revenues of corporate.

The fundamental change characterizing this shift lay in the new and pervasive role of Government heralding a shift from laissez-faire economy where all solutions to economic ills were to be found by the free enterprises and markets to a proactive role assigned to national Governments in stimulating the economy through injection of large Government expenditure funded through ballooning deficit budgets, year after year. This would compensate for the fall in private demand caused by dysfunctional labor markets, collapse of financial systems and loss of confidence of people in the private enterprises.

In the next stage, in the wake of historical destruction caused during the Second World War, the attention of USA shifted to the reconstruction of war ravaged economies of Western Europe which represents today the most developed part of the world. The concept and the initiative were encapsulated in what came to be popularly called the Marshall Plan. It is pertinent to mention that the Marshall plan under which the USA spent $13 billion for reconstruction of economic and physical infrastructure in West European countries were also funded through heavy reliance on deficit budgets, year after year. Interestingly, the salient features and underlying ideology of the Marshall Plan were presented by U.S. Secretary of State George Marshall during an address at Harvard University in 1947. It is not accidental that effective implementation of the Marshall Plan led to the emergence of USA as an undisputed world leader who designed international economic and social order, reflected in the setting up of various institutions like UNO, IMF, World Bank etc to strengthen and perpetuate its hegemony.

The impact of Keynesian Economics on the minds of policy framers, particularly Finance ministers, around the world, was so deep that they started believing that deficit financing by national governments was the panacea for achieving high growth rates, eliminating unemployment, improving the standard of living of masses by putting purchasing power in the hands of poor through direct cash transfers or by giving them assured jobs on public works programs, reducing regional imbalances, spreading the tentacles of the state in every sphere of economic activities and even for self aggrandizement.

The phenomenal growth of leftist economic philosophies, ideologies, and literature brought concepts like Welfare Economics, Inclusive Growth, and Growth with Justice, to the center stage of academic debates where the distribution of gains across various segments of society became the primary issue and wealth generation & concentration became hated words. The pendulum had swung to another extreme, thought the centrists and economists having inalienable faith in the market economy. Amongst many others, Michal Kalecki discovered a paradox which brought out from the analysis of national accounts data of select economies that higher government deficits generate larger profits for the capitalists. It would not be unrealistic to infer that a part of these larger and ever growing profits are shared by capitalists with those connected with designing of such policies. High inflation levels which are always accompanied or followed by higher doses of deficit financing undertaken in the name of creating larger job opportunities for masses also affect the low income people most adversely because inflation rates are generally higher in respect of essential commodities like food and fuel on which poor households spend most of their incomes.

It was precisely because of such complex relationships, that economists like Milton Friedman argued in favor of balanced budgets, financial stability, and reduction in the size of bureaucracy, minimum economic regulation, maximum autonomy for central banks from the pressures of Governments and transparency in the making of economic policies. Fiscal Responsibility and Budgetary Management Act 2003(FRBM) was passed by the Indian Parliament precisely to discipline the Governments against reckless dependence on deficit financing for supporting ever-growing public expenditure by restricting it to around 3 percent of GDP.
The present crisis of Covid19, is structurally very different from Global Financial Crisis (GFC) of 2007-09. GFC was confined to the financial sector, Banking sector, and Nonbanking Financial institution. Its root cause was thoughtless lending by financial institutions to support the purchase and sale of spurious financial products with the ultimate aim of maximizing bonuses and incomes of players like brokers, commission agents, arrangers& fixers operating in high places. They all worked through deception and manipulation. Two Nobel Prize winners in Economics George Akerlof and Robert J Shiller proved it in their book titled “Phishing for Phools” published in the year 2015.

All emerging economies, including India, recorded the highest growth rate in their history, in the magnitude of 7 to 8%, as capital moved from advanced economies to the less developed world in search of higher returns. However, in view of the current crisis of Covid 19, it is the real sector and not the financial sector that is the epicenter – evident in standing crops waiting to be harvested and labor which has fled leaving behind their sources of livelihood. The wheels of production and consumption have been thrown out of gears. Supply chains are in disarray. Parameters such as growth rate, investment and capital formation have lost their relevance, except for statisticians and economists.

Many things are expected to change. FRBM would be relegated to the background for next couple of years. India should be ready to face inflation levels ranging from 10 to 15 percent or even more in months and years to come as against 4 to 6 percent in the last few years. Interest rates are bound to rise in sympathy. Real interest rates may become negative, hurting the interests of fixed wage earners and pensioners. Wages may not keep pace with inflationary trends because of structural imbalances and distress conditions in labor markets. Corporates are bound to come up with all possible innovative practices to bring down operational costs.

Different sectors are likely to experience varying market conditions. For example, sectors like civil aviation which until recently experienced cut-throat competition resulting in a significant reduction in tariffs may face trying times in years to come. The real estate sector may not see its revival in near future. Conditions in steel and cement sectors may remain sluggish. There would be job cuts in all these sectors, particularly at middle and senior levels. The jobs involving direct selling of commodities and services may command higher salaries and incentives. Expenditure on items like advertisements, publicity, brand building, travel, even research, and consultancy is likely to go down. Online transactions in business are likely to become more popular. As a result, the corporate would inject fresh capital in IT systems and technology. The government might also revisit its policy stance to close down loss-making public sector enterprises in strategic sectors like essential drugs & pharmaceuticals where overdependence on imports could prove suicidal. There would be many more intended and unintended consequences that are difficult to predict as of now. But one conclusion seems to be certain: 2020 would go down in history as a year which witnessed economically and militarily mighty state of USA in a helpless and vulnerable state. Are we in for a New International Economic Order?