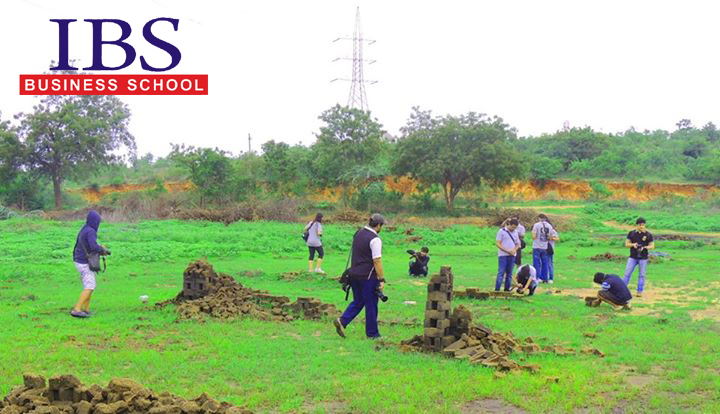 If you keep your eyes open and are willing to learn, life offers you invaluable advice at every step of the way. Very recently I realized the huge role that the Wild, especially the Animal Kingdom, plays in teaching us important management and leadership skills.

At a team building event last week, we played a game called ‘Blind Sheep’ where team members/sheep were blind-folded and left to graze in an open field and a shepherd using nonverbal calls had to guide the entire team out of a marked exit. Being the shepherd in my team, I realized while playing, the importance of Strategy & Visualization, proper communication, role of a good communicator, and presence of mind and wondered how animals are good examples of leaders. For they lead their groups by influencing, showing examples, guiding and constantly communicating with their followers.

For example, animals that travel in groups, when making migratory or movement decisions, often depend on social interactions among their own group members. This is done by signalling one another or making noises which can only be understood by their own species. The leader leads by example, takes responsibility of the safety of its followers and in turn the followers are dependent on their leader. Apart from good leadership, there are many qualities that we can imbibe from the Wild.

The Giraffe Conservation Foundation offers interesting insights into the Animal Kingdom world – “Giraffes give birth while standing up, requiring the newborn to fall just under 2 meters to the ground! Since its birth and entry to the world is designed in such an abrupt manner, a newborn calf can stand up and run within an hour of being born.” Thus in order to survive predators, the first lesson a giraffe must learn is to get to its feet quickly. Likewise, consider the business world as a special jungle and young entrepreneurs the baby giraffes. Learn to push forward even when you come across situations that put you at risk; know your enemies and be quick on your feet to manoeuvre in the corporate jungle.

It is said that the eagle soars or flies high when it is hunting. They have strong vision and focus and no matter the obstacle, they go after their prey until they grab it. What they teach us inadvertently is the importance of having a vision and a constant need to focus for achieving success. A leader without any vision won’t be able to guide its team. If the team is unfocussed, they will fault at the given task and are bound to perish.

When eagles are 30 years old, they go through a process of renewal. Finding a hidden place high in the mountains, the old eagle begins to claw and tears out the old feathers that by now become less airborne. As a result, it bleeds badly. But this is vital for the eagle in order to renew its strength. It is thus vital for the eagle to undergo this change to gain its strength and builds its resilience. Likewise, every manager should be open to change and embrace new ideas and technologies to integrate, grow and transform its businesses.

Geese are a perfect example of the importance of team work, empathy, understanding and encouragement. We have all seen gaggle of geese flying in a V formation. This helps in building resistance against the wind and fly with minimal effort. When a goose, tired of flying up front, drops back in the formation, another goose without being told takes the lead to maintain equilibrium. Young managers need to learn from this and have a sense of community, focus and trust to help achieve their goals. In teams, we should respect and acknowledge each other’s individual strengths and be willing to offer and accept help from team members for the overall growth of the team.

Monkeys are an intelligent lot. We have always known that. But that they can deceive the external world so well which can be realized only on keen observation. Monkeys are a noisy bunch and they fight and squabble within their group. But in hostile situations, they leave their differences aside and project themselves as ‘one’ to the outsider. They also have a special ‘call’ in place to forewarn each other when danger strikes. Once the call is made; everyone rushes to safety, without checking the authenticity of the call. Complete trust, working as a team despite internal conflicts is what every manager needs to learn from the monkeys. A common language that all team members understand and innate trust in each other’s decisions is what makes a good team.

The tortoise has a hard shell that protects its inner body. During any hostile environment, the tortoise strategically protects itself by ducking its head inside its shell and patiently awaits the next opportunity to venture out and explore the surroundings. Likewise, a leader should be steadfast and patient, weathering crises and/or looking out for the best-fit opportunities before moving forward.

Have you ever seen a hunt by wild dogs? They stick together till the end, encircling and capturing their prey and sharing the prize together unlike Lions. Team members need to move away from passivity or an attitude of “every beast for himself” and rather encourage a full-blooded involvement. This helps the leaders resist any tendency to give up on their team and become “Lone Rangers”.

There are so many positive attributes within the animal kingdom from which budding managers and leaders can learn, grow and perform well together, thereby helping not just themselves but also the organization. The key success factors for good leadership lies in having a vision, being strong and resilient, expending guidance, practice flexibility and being compassionate and caring. They also need to lead change and admit when wrong. The management lessons from the Wild provide just the right lessons to survive and succeed in the corporate jungle.